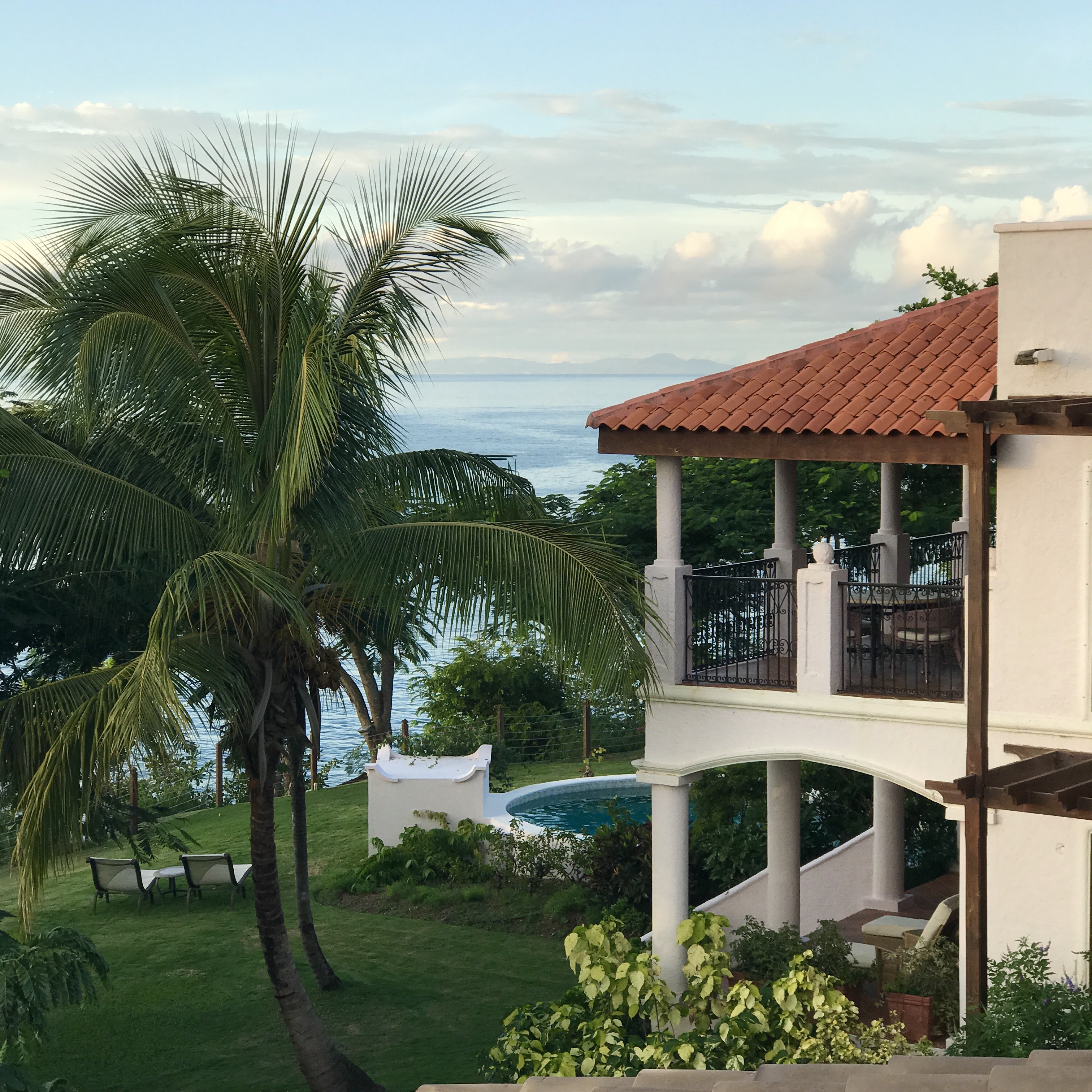 As we wrap up the 10th anniversary celebrations we thought it would be fun to share how it all began on this lovely cliff in northern St. Lucia. Cap Maison history all started with one family’s dream to build a vacation home for friends and family. That dream has taken shape over the last few decades to become one of the most relaxing and romantic getaways in Saint Lucia.

Ross Stevenson, general manager of Cap Maison, has been around since the luxury boutique resort and spa’s beginning in December 2008. Before his time, the property was a vacation home to Helen and Theo Gobat, who originally came to Saint Lucia in 1976.

As they continued to return each winter to escape the cold UK winters, they began traveling further north on the island. The couple and their three sons quickly fell in love with the breathtaking ocean views and bought the land in 1988. Just two years later, they built their residence, now known as Saman House. The owner’s home is a popular choice for guests looking for a private retreat with all the amenities the resort has to offer.

“[The Gobat Family] got the winter blues in Europe, so they spent a lot of their winters here and had many friends in Saint Lucia,” Stevenson says. “They had many friends coming to stay in Saman House. So in many ways, Cap Maison was an extension of that feeling of hospitality.”

The Gobats knew guests would fall in love with the charm and breathtaking views, just as they had. “[It’s] the premier view of Cap Estate looking onto Pigeon Island,” he says.  “The beautiful sunsets, and a wide, expansive Caribbean Sea view.”

“As you look around the architecture of Cap Maison, you’ll see elements of North Africa, Caribbean, Mexico and Spain,” Stevenson says, adding the buildings are inspired by the family’s travels as well as their other hotels in Mexico and Saint Lucia. “The nice thing is you see different things, you see different touch points, and it has that non-cookie-cutter feel to it. We’re very individual in style. As you turn around each corner, something grabs your attention.”

Award-winning Chef Craig Jones, who carefully curates the menus at both The Cliff at Cap and The Naked Fisherman, has been at the helm of the resort’s culinary program since the beginning.

Coming from working in Michelin starred restaurants, Jones creates an unparalleled dining experience for guests each and every day.

“He’s had that classic French background in terms of cooking,” Stevenson says. “He takes the beautiful products of Saint Lucia and creates that Caribbean twist. Very fresh, very organic, but very creative as well.”

If you’re here on a Saturday, you can accompany Chef Jones on his weekly trips to the Castries Market. “He’ll take guests down there to see the vibrancy of Castries. The market, for me, is fantastic. Full of life, full of color, full of smells,” Stevenson says.

In addition, local producers come to the hotel on a daily. This allows Chef Jones to select the freshest seasonal ingredients for that evening’s dinner.

We at Cap Maison look forward to welcoming friends both new and old to experience the island. When you stay with us, you’re just like family.

Serenity and beauty with a great beach bar, waters

Another wonderful full moon shot over the Cliff at

We have some great programmes for ladies groups at

The full moon on Smugglers Cove Beach this weekend